According to this organization, since the end of 2016 the new “gold fever” started in Las Crucitas, Costa Rica, where the small-scale mining practice has grown without restrictions and it has started to affect the heart of Indio-Maíz Biological Reserve and Rama-Kriol territory.

Fundación del Río counted more than a 100 mills in total, mainly in the town of San Carlos, an area close to the buffer zone of Indio-Maíz Reserve.

Besides these mills, we noticed new constructions for this activity in the town El Castillo, which puts them closer to the core zone of the reserve. 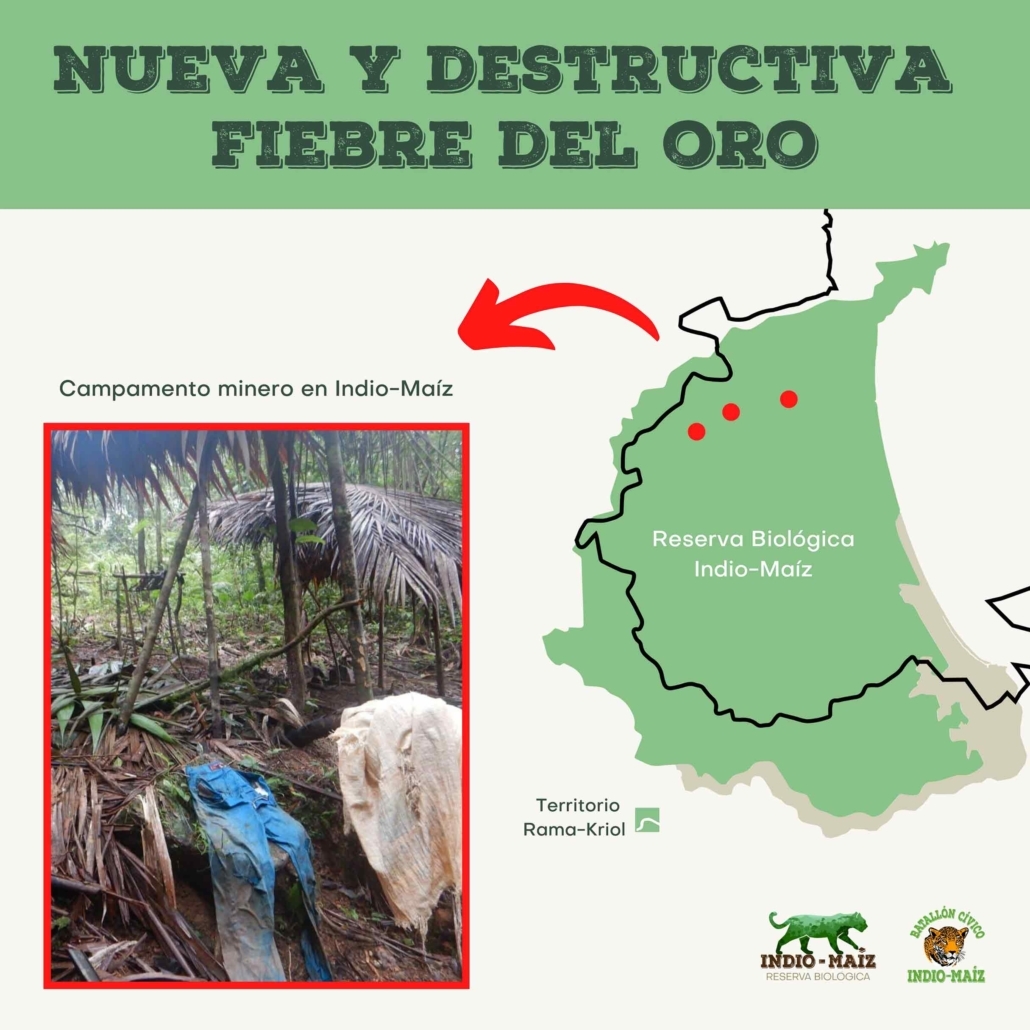 It’s important to point out that mining, the extractive industry, is one of the most destructive activities for the environment and therefore is against the actions allowed in this protected area of the country that has been recognized internationally for its environmental importance.

On the other hand, we consider that this small-scale mining situation is part of a bigger project promoted by companies interested in establishing the right conditions to get an industrial concession in the area.

Under the political context of repression and human rights violations the possibility to stop the mining invasion is limited.

This is an advantage for specific groups that see in the Biosphere Reserve a mining target, especially some public institutions, which are aware of this problem and endorse the miners, no matter the loss of sustainable alternatives and the contamination of the territory.

Network of land thieves, doing as they please
Scroll to top